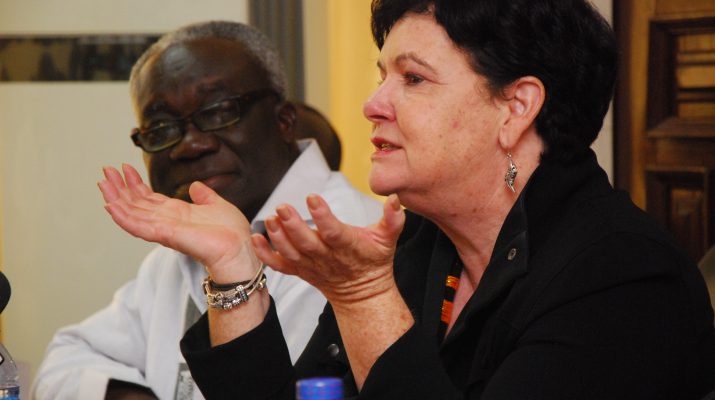 The General Secretary of the International Trade Union Confederation (ITUC) Global, Sharan Burrow has impressed upon Trade Union leadership, the urgent need to negotiate a living wage to replace the Minimum Wage which is currently woefully inadequate due to global financial trends.

Sharan made this comment in her address to the TUC (Ghana’s) emergency Steering Committee meeting organized in her behalf at the TUC Hall in Accra. She pointed out that the world’s 7% formal sector workers are the least paid and the least respected. This is due to simply to the growth and dominance of global capital which is drowning the world.

Regarding the 2.9 billion working people worldwide and the unfairness they face, she asked “where Labour and its leadership fit in. Sharan recalled that when she took over leadership of the global movement, the one major challenge she noticed confronted workers was how to build workers’ power. That power, according to her, laid in organizing and organizing and more organizing. This she opined is the basis of workers’ dignity.

The GS is sure that this is part of the antidote to removing especially informal economy workers who in Ghana constitute over 85% of the workforce, far from the Zero hour contracts and other abuses. Problems touched on at the meeting include the drawbacks faced in organizing the mining sector due to the global challenges especially the problem of “fix them up” and others that have reared their ugly heads. The maritime as well as other sectors also shared their own peculiar challenges.

In the Q & A session that followed her address in that historic interaction with leaders, locals and some staff of the Unions, Sharan also learnt at first hand some of the major challenges as well as successes of women and young workers, this side of the globe. She called for building institutional renewal with the presence and strength of the youth and that she would be better able to share these experiences in the forthcoming ITUC global Conference in Berlin, Germany.

The Conference according to her is going to be a paperless one. Explaining, the General Secretary said although the decision is a drastic one, the ITUC is ready to support brothers and sisters from the affiliates who have challenges in order to bridge that technological divide.

Secretary General of the TUC, Brother Kofi Asamoah welcomed Sharan Burrow and her team to the TUC and looked forward to a fruitful outcome of the meeting. Also present at the meeting were the General Secretary for (ITUC Africa), Brother Kwasi Adu-Amankwa, and Brother Maamadou Diallo, the Regional Desk Officer. 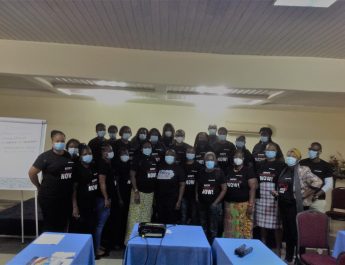 READ BY DR. YAW BAAH, SECRETARY-GENERAL OF TUC On behalf of Organized Labour, I would like to welcome our friends from the media to

The Trade Union Congress, Ghana on Thursday presented COVID-19 Personal Protective Equipment (PPE) to the Union of Informal Workers Association (UNIWA) to support its members and associates in the fight against the virus.

Comments Off on The Trade Union Congress, Ghana on Thursday presented COVID-19 Personal Protective Equipment (PPE) to the Union of Informal Workers Association (UNIWA) to support its members and associates in the fight against the virus.

Bad Behavior has blocked 602 access attempts in the last 7 days.