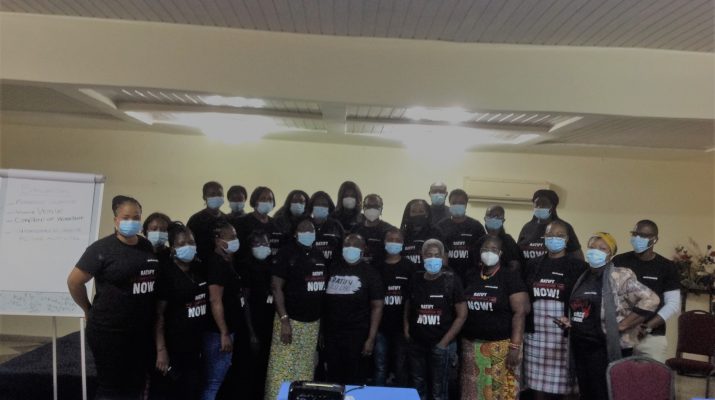 The global mandate to end Violence and Harassment in the world of work is rife with the coming into force of ILO Convention 190 (C190) and Recommendation 206. This formed the basis for which the Trades Union Congress (TUC-Ghana) in collaboration with International Labour Organisation, Abuja Office organized a three-day workshop on the above ILO Convention and Recommendation.

Objectives of the workshop were three: first, to create awareness and understand Convention 190 and Recommendation 206, their scope of coverage and the provisions; second, develop an advocacy strategy to campaign for its ratification in Ghana and third, develop a sexual harassment toolkit that will help in training Occupational Safety and Health and other stewards Committees at the workplace.

TUC’s Head of Administration, Brother Richard Acheampong who represented the Deputy Secretary General noted that the C190 had trended since it was adopted in 2019. This he said is such an important convention being the first that will directly address the problem of violence and harassment at work. He was sure that after the workshop, participants would have acquired more knowledge on exactly what to call for when asking for the convention to be ratified.

The workshop held at the Erata Hotel, East Legon, Accra from 5th – 7th May, 2021had an agenda to develop a campaign and advocacy strategy, among other plans. In her final remarks at the close of the meeting, Philomena Aba Sampson, Vice Chairperson of the TUC, reiterated the point that everyone has the right to a world of work free from violence and harassment, including gender-based violence and harassment. And these rights must be respected by all.

Participants were optimistic and happy that much more awareness and sensitization would be created before the kick-off of the campaign itself. A campaign coordinating team will lead in the implementation of decisions arrived at, at the workshop on C190 and Recommendation 206.

PRESS RELEASE ON THE STATE OF THE GHANAIAN ECONOMY 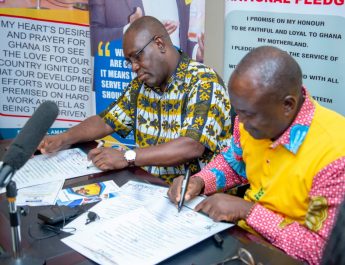 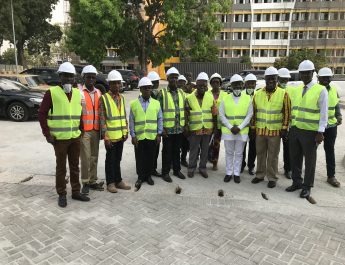