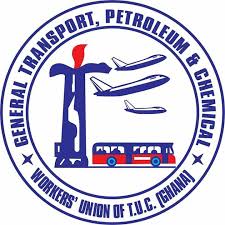 The General Transport, Petroleum and Chemical Workers Union of the Trades Union Congress (TUC) has called for the immediate implementation of the local content policy to protect workers of multinationals from layoffs.

This according to the Union, will ensure their jobs are secured should there be any operational challenges.

The call follows recent reports of Tullow Oil Ghana’s decision to reduce its workforce by at least 25 per cent due to Tullow Oil Plc’s massive disappointments in operations in Africa and South America.

“It is the adequate implementation of the government’s policies that are lacking. I don’t think if we have the calibre of people or Ghanaians who are already mature in industries taking charge of the key operations in the oil and gas industry, no multinational company will do something outside this country and the negative effects will be pushed unto as Ghanaians.”

“So in reality, it is the implementation of our policy that is the problem. We have fine laws but how do we let them work? These companies will not be able to do all these if we had the right people in charge of certain operations in this country. So, we need to take a second look at our local content policy to ensure that, it works,” he said.

Sources close to the company have told Citi Business News that the ongoing global redundancy process will lead to the departure of 35 percent of Tullow Ghana’s senior leadership as well as overall 25 percent job losses for staff made up of both Ghanaians and expatriates.

The redundancy programme will be done in three batches with the first group of workers set to exit the company by March, the second batch to depart by June, and the last in December 2020.

Debt and COVID: the recovery must not come at the expense of workers and public services.

Comments Off on Debt and COVID: the recovery must not come at the expense of workers and public services.

Bad Behavior has blocked 814 access attempts in the last 7 days.