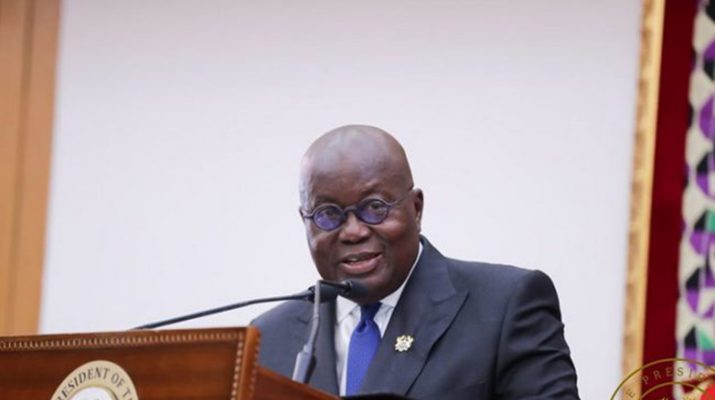 President Nana Addo Dankwa Akufo-Addo has said his administration is currently discussing and giving consideration to the issue of a nationwide lockdown as proposed by the Trade Unions Congress (TUC) in a recent letter to him.

President Akufo-Addo gave the hint when he addressed a five-member top hierarchy delegation of the Trade Unions Congress (TUC) at the Jubilee House.

“People are talking now in Ghana about a lockdown. Majority of the people who will be affected by decisions of that nature are the working people of our country, the ordinary people of Ghana, they are the ones that will be most affected and it is important for us when we are making these decisions to take into account their circumstances and conditions to lockdown Accra”, President Akufo-Addo said.

“What are the consequences when we lockdown the country? A responsible government is required to look at all the implications before decisions are made and that is the exercise on which we are currently engaged and I am hoping that much sooner than later, we will come to an agreement within government as to what these measures are and then the Ghanaian people will be informed”, President Akufo-Addo added.

Secretary-General of the TUC

Secretary-General of the TUC, Dr.Yaw Baah, in a brief remark, noted that their letter to the President asking for a total lockdown of the country was to express support for all that government has done so far and not to undermine same.

He added that calls from their members about what the government intends to do about the working population necessitated the communication sent to the Presidency. He pledged the TUC’s support for the government throughout the difficult season of fighting to contain and stop the coronavirus, Covid-19, in Ghana.

Attendees of the Meeting

As part of the meeting with the TUC Executive, the Chief of Staff at the Office of the President Akosua Frema Osei Opare, Minister of Trade and Industry Alan Kyerematen, Minister of Health Kwaku Agyeman-Manu, and National Security Minister Albert Kan-Dapaah and the Minister of Employment and Labour Relations Ignatius Baffour-Awuah were in attendance.

Bad Behavior has blocked 811 access attempts in the last 7 days.