On the 27th and 28th of June, 2019, the Trades Union Congress (TUC) held its General Council Meeting at the Public Utility Workers’ Union Centre at Kasoa in the Central Region.

As usual, the Council discussed the TUC Mid-Year Report, a significant part of which was devoted to the political, social, and economic situation in the country. The Council also discussed developments at the labour front as well as the outcome of the 108th Session of the International Labour Conference (ILC) which took place from 10th to 21st June in Geneva, Switzerland.

This statement summarizes the discussions by the Council and presents the conclusions reached on the key issues. We are aware that government is preparing to release its mid-year report on the economy next week. Our statement, therefore, contains some expectations of workers, in particular, and Ghanaians in general.

COMPLETION OF IMF PROGRAMME AND THE EXIT OF IMF

The first major issue discussed by the General Council has to do with the completion of the Extended Credit Facility of the International Monetary Fund (IMF). The Council affirmed its strong conviction that the people of Ghana can manage our own affairs and take full responsibility for our social, economic and political development. The Council noted with satisfaction the assurance by Government never to return the country to the dictates of IMF. The TUC holds the view that IMF programmes and their associated policies cannot be the panacea to the developmental problems of the country.

What is required is the discipline to follow agreed path to social and economic development.

The Social Partnership Council, the Fiscal Stability Council and other such institutions should be able to instill that discipline in the management of our natural, material and human resources. The Social Partnership Framework offers a great opportunity for Ghana to manage its social and economic development more effectively. That is why TUC has shown full commitment to the social partnership with government and employers.

We expect government and employers to demonstrate a similar commitment to the partnership.

REFORMS IN THE BANKING SECTOR

The second major issue that received the attention of the General Council is the “clean-up exercise” in the banking sector which led to the withdrawal of licenses of some banks and microfinance companies at the cost of over GH¢12 billion to safeguard the deposits of over 1.5 million people. According to the Governor of the Bank of Ghana, and from all indications, the exercise has been quite successful. The people of Ghana are now looking forward to a stronger and more stable banking sector that can support a sustainable socio-economic transformation.

The TUC fully supports government’s plans to restructure National Investment Bank (NIB) and Agricultural Development Bank (ADB), as part of the banking sector reforms, to focus on growth and development of industry and agriculture, respectively.

DEVELOPMENTS AT THE LABOUR FRONT

The Council discussed the persistent impasse between the Trades Union Congress (TUC) and the Industrial and Commercial Workers Union (ICU) about the ongoing refurbishment of the Hall of Trade Unions in Accra which serves as the Head Office of the TUC. Members of the Council affirmed their unflinching support for the leadership of TUC and expressed satisfaction with all the steps taken towards the refurbishment of the building.

The Council commended the Honourable Minister for Employment and Labour Relations for his timely intervention to ensure an amicable settlement of the dispute between TUC and ICU.

The Council deliberated extensively on this year’s 108th Session of the International Labour Conference (ILC) which was held in Geneva, Switzerland, from 10th to 21st June, 2019. It noted, in particular, the presence of the President of the Republic, His Excellency Nana Addo Dankwa Akufo Addo at the Conference. Council commended the President for the excellent manner in which he addressed the Conference.

Among other important activities, the International Labour Conference adopted a convention, recommendation and a resolution on the elimination of violence and harassment at all workplaces. This Convention seeks among other things to eliminate gender-based violence and sexual harassment at workplaces. Many workers in Ghana, particularly women, continue to face sexual harassment when seeking employment and even when they are already employed. Many organizations in Ghana, including public sector organizations, continue to deny female workers their reproductive rights.

The Council urged Government to ratify the new Convention and to ensure that all the provisions of the new convention and the recommendation reflect in the laws of Ghana.

Indicators presented by the Ghana Statistical Service (GSS) and the Economic Management Team (EMT) suggest that the economy is growing and there is some relative macroeconomic stability. The figures show that inflation and fiscal deficits have been declining consistently; there is trade surplus, and the value of the Ghana Cedi has stabilized in terms of the major international currencies.

However, as we have pointed out time and again in our previous statements, the apparent good sets of macroeconomic statistics are not adequately and visibly reflecting in the lives of the majority of Ghanaians. The housing situation, for example, has not seen any significant improvement in the last three years. The sanitation situation is actually getting worse in our cities and towns. Young men and women are finding it even more difficult to find decent jobs. The cost of living remains high.

We expect the impending mid-year review to announce policies that will effectively translate the gains in macroeconomic management into real and visible improvements in the living conditions of Ghanaians.

Wages need special attention in this review because whilst the economy is growing, real wages are declining. No economy can grow on a sustainable basis if real purchasing power keeps declining. In the public sector, for example, as part of the austerity measures introduced by the IMF-sponsored Extended Credit Facility Programme, salary increases have lagged behind inflation thereby reversing the gains in real incomes of public sector workers especially those placed on the Single Spine Salary Structure.

Public sector workers are expecting the impending salary negotiations for 2020 to reverse this negative trend.

The people of Ghana are expecting that the improvements in macroeconomic management, as shown by the macroeconomic economic indicators, should reflect visibly in their pockets and in their lives.

We are also expecting government to use the upcoming mid-year review to announce measures that concretely put the country on a more sustainable path that consolidates the apparent successes in macroeconomic management and ensure that Ghana never returns to IMF for a programme. 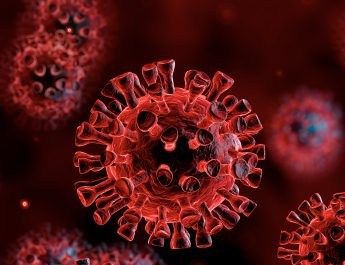 HSWU commends Government for steps made to avert COVID-19

Bad Behavior has blocked 810 access attempts in the last 7 days.